One of the themes I am going for in this blog is of things that I find transcendent. The bible talks of a New Heaven and a New Earth. I think, sometimes,  if we are very lucky we catch glimpses of the New Earth. The wild plums that I mentioned in a previous post were transcendent and a glimpse of the New Earth, or as termed it there, the New Narnia.

Over the last few years, I caught a glimpse of the New Earth from the most unlikely quarter. Burkina Faso!!! Burkina Faso is a landlocked nation in the West African Sahel and Savanna that few outsiders could find on a map and that fewer still have ever been to. It is a nation of grinding poverty in a poor quarter of the poorest continent.

I have a deep interest in African wildlife conservation and I had long since written off this area as an area where the wildlife were simply gone. It is too poor, too heavily populated and too conflict ridden.

However, I started seeing a few hunting reports from southeastern Burkina Faso. Along with adjoining lands in Benin and Niger, it was a region described as "the largest protected area still rich in wildlife in West Africa."


“One of the penalties of an ecological education is that one lives alone in a world of wounds.<<<

Right now, I am nursing a wound over a place that I have never been and that most could not place on a map.
at February 21, 2019

Thoughts While Changing a Tire

As I was struggling to change a tire this morning the thought struck me that it would be almost impossible for an 18-year old girl to chang... 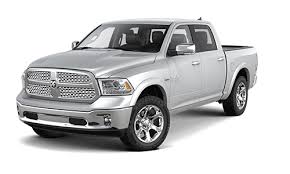